Girwim Weigh in Motion Solutions is a Trade Mark of Giropes SL. Company created 25 years ago with long legacy that spans years of completing projects and services as well as providing solutions to any challenge the world of the weighing could throw at.

These complete solutions can be applied on motorways and dual carriageways in the continuous passage of vehicles and can be used for pricing or toll statistics.

Data Logger is a unit of processing of data specifically designed to interact with GIRWIM systems.
It allows the control of the traffic in real time and collects the key data of the vehicle such as the weight of the vehicle, loads per axle and with optional mode, the distances, the speed of the vehicle and much more. GesDyn is the software by Giropès used in high speeds weighing motion System for the
detection and penalties in traffic.

GesDyn is the penalty system ready to cater the most demanding and different types of
needs, respecting the accuracy, reliability and characteristics of the software.
It also gives to the user the possibility to control the traffic of one or more roads.

The high speed system HSWIM allows the registration of telemeter data of the vehicles which travel on the control site at a speed to up to 180 km/h.

The system is appropriate for speeds to up to 50 km/h. MSWIM allows the short listing of vehicles which have been selected in the highway or Main Street and have joined the access line where the vehicles are weighing with a classifying bending plate.

The LSWIM is autonomous equipment operated by the scale BPPEM with a data logger associated in the application area. The system is appropiate for speeds to up to 20 km/h. Giropès installed in Tajikistan the new weighing control system of the GIRWIM brand in different places in a road of this Asian country.

The installation of 20 axle-weighing BPPEM which transmits data at the same moment to a data logger DYN, designed and installed by the staff from Giropès, enables the control of the weight of the vehicles which are circulating in this road. Such control also implies a bigger control of the erosion of the asphalt and rate the passing of trucks according to their weight.
The authorities from this Asian country can have a control of the weight of the vehicles which drive from the capital of the country (Duixanbe) to the second most important city in the province of Sughd (Istaravhan). Giropès axle weighbridge scales are located at the Choruck, Dehmoy, Istaravshan, Sharistan and K39 tolls, at the main road that connects both cities, going through one of most important chains of Tajikistan.

The installation, located in Palmillas and Apaseo for the Querétaro Highway, are composed of the complete High-Speed system for Girwim and are integrated with SCADA. This system will allow for the monitoring of the flow and characteristics of traffic, as well as traffic offenders.

The system combines Gesdyn and Datalogger software, weight detection sensors and other components. It delivers statistical information to SCADA, such as the weight of a vehicle (by axel and total), speed, vehicle classification, and informs on various alerts: such as vehicles, excessive weights detected, wrong direction controllers, etc. 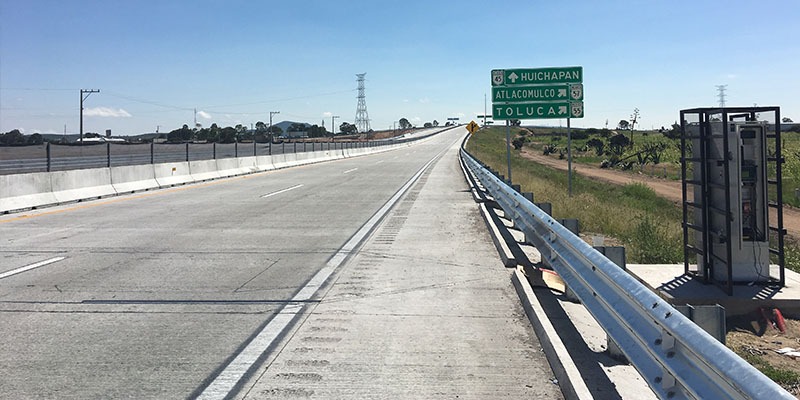 Installation of the Fixed Weighing System of Vehicles In High Speed Motion without a system of electric continuous current.

Giropès has installed a Fixed Dynamic Weighing System in Madrid with our brand GIRWIM which is specialized in the weighing of vehicles in motion on road.  This system does not include a system of electric continuous current; however it functions via a system of rechargeable batteries which are recharged via solar energy thanks to the installation of a photovoltaic panel. 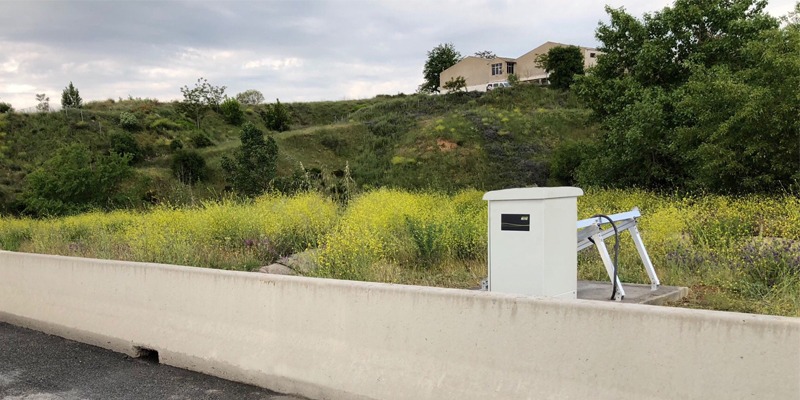